When I was a young girl I spent a lot of time blasting music while running around the house singing and dancing with my siblings. There was a lot of singing and putting on plays and musicals for each other. My sister Debbie and aunt Janie loved to dance too, the music never stopped in our house. We had a piano, a guitar and two turn tables with loud speakers along with a lot of great albums!

At age 12 I was riding my bike down an Oshkosh street with my friend Paula and we heard some loud music coming out of her neighbor’s house. He put speakers in his windows on the front porch and was blasting Iron Man from Ozzy Osbourne.  This was something I had never heard and I felt like I just discovered electricity!  It was life changing and set me on my course for the rest of my life.

In 1984 WE GOT CABLE TV!!  The first channel that came on was MTV and the first video that played was an Ozzy video, I can’t remember which one.  Within a milli-second I knew what I wanted to do with the rest of my life.  I asked my mom and dad if they would be willing to buy me an acoustic guitar for my 14th birthday, and they did!

We didn’t have a ton of money, like almost NONE!  We had enough to eat but everything else was only in case of emergency, so my parents buying me a guitar was a pretty big deal.  I took it up into my room and practiced holding the strings down and trying to get it to sound like something.  I then proceeded to drag the thing everywhere I went hoping to run into someone who would show me a chord or a song.  I played it constantly, until one day my boyfriend RJ bought me an electric guitar with a tiny little amp!  Then I began to drive my family and neighbors insane.  I have to mention I was not very good at all, which made the noise even worse!

My boyfriend, RJ, was a guitar player in a band and he lived with his drummer Rob.  RJ overheard me singing and playing my guitar one afternoon and he said he thought I had the voice of an angel!  I of course disagreed but he insisted and before you know it he grabbed his guitar in his practice room and started playing some Pat Benetar.  He shoved the microphone in my face and gave me no choice but to start singing.  Within a minute Rob was upstairs getting behind his drum kit and playing along with us.  It was one of the most exhilarating moments of my life.  I was so glad I could sing because my guitar playing skills were not all that great!  I was 20 years old at this point in my life and I knew I needed to keep pushing forward toward playing music for the rest of my life.

I started working at the keyboard and drums and wrote a bunch of songs with some friends, guitarist Mike and drummer Pete.  We went into JJ’s studio on Oshkosh and recorded some pretty bad songs!  Like bad as in not good!  LOL!  We had a blast and it taught me a lot.  Mike and Pete were fabulous and I could not have asked for better friends.  My neighbors hated that I was learning the drums, I lived in a trailer and I could hear people talking through my walls.  I sucked at the drums and not too good on the keyboard either, so this was it.  I was going to be a singer. Keep in mind most people thought striving to be a rock star was ridiculous. I kept a lot of my dreams to myself because I was embarrassed. But God pushed me forward and eventually I didn’t care what other people thought anymore, I had to do it.

I tried out for Road Trip when I was 22 years old.  I saw them in a bar and something was telling me this was the band and I could barely contain myself.  I auditioned in a creepy, flooded, worn out basement, with roadies and groupies all down there watching the audition!  It was silly.  The moment I walked in that house I was thinking….I’m not leaving…ever.  I’m here for good!  So after the audition they were like, well…nice to meet you.  DJ said, sorry if we wasted your time.  I was thinking, no you did not waste my time, this is it, I’m coming to every show from here on out!  And I did!!  They couldn’t get rid of me. Again it was like God lead me to them and He took away all of my fear and embarrassment. Some of my friends from work picked on me and I caught them talking about me behind my back and laughing at me, but that only made me push harder.

After my first audition Road Trip had a show at Arbuckles in Fond du Lac.  My older brother and I rode down there to see them and when they played the song I auditioned to (Mountain of Love) I jumped on stage and sang the backups!  When the song was over Rich put his arm around me and introduced me to the crowd as their new back-up singer!!!!!  I swear there were fireworks going off in my heart.  The band became my life and my family at that moment.

Our first photo shoot I showed up in some weird leather jean shorts that were shorter than short and a hippie dippy little shirt.  They shoved me up in the front center of the picture and I thought, Does life get better than this??  It’s funny because twenty something years later and I still wear short jean shorts! 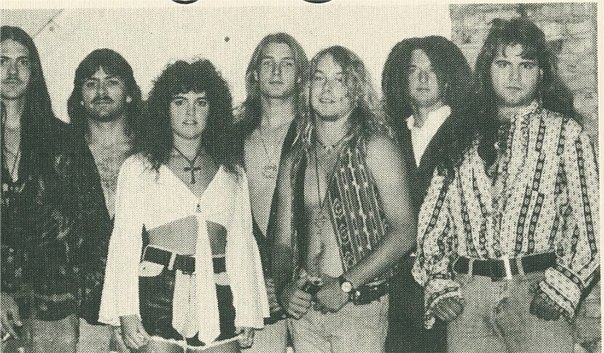 Moving in With The Band

Eventually I started dating DJ and I sold my trailer and moved in with the band.  Oh what a blast it was!  We wrote 2 albums together. It was great because we could work on the songs any time of day or night.  I am so proud of those two CDs.  After 6 years of dating DJ we started thinking a lot about God and how He fits in our lives. We started to realize we wanted God to RUN our lives, not just fit in somewhere in a corner.  Eventually DJ gave God control of his life, then me, then Rich.  We started a new journey with our lives and how we would live them.  We made some huge personality changes!  It was all God helping us and leading us on a new path.  We knew God called us to play in a rock band and hang out in bars to encourage people and let them know God loves them no matter what.  DJ and I got married a few months later, but we all stayed living together.

Trying to Make it Big

The mid 90’s to the early 2000’s we tried to get a record deal. We thought if you write good songs and promote yourself you would eventually get discovered.  Well, it’s not that easy.  We would have had to relocate and none of us was willing to do that. Our guitar player Matt did move to California to try his hand at the rock star life and had some success.  We cheered him on!  In the early 2000’s  we decided to focus on cover music and we all really started liking that life a lot more than working our butts off trying to get a record deal with no results.  We really made our shows great and worked hard at picking songs and arranging them for the audience.  Eventually that lead to us trying to have the most exciting production on stage with our 10 TV screens and fantastic lights and sound.  We also hired a fashion consultant to help us pick out our clothing and shoes.

Since then we have been playing all over the state, getting people to dance and forget about real life for at least 4 hours.  We love it and hope to do it until we are dead.  We also love to answer anyone’s questions about God and who He is.  I have read the Bible 8 times and have listened to hundreds of hours of sermons and attended hundreds of hours of Bible study.  I love to know who this guy is running my life, but I also love to share what I know with other people. 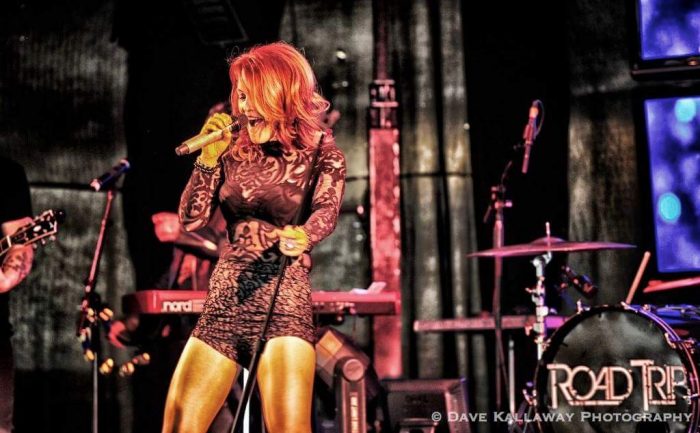 Amy Jo & The Down Glow

DJ and I wanted to add another show to our Road Trip shows so we started a 3 piece acoustic show called Amy Jo & The Down Glow.  We play with our excellent friend Dylan Morey from the band Boomboxx, and it just so happens him and I sing beautifully together!  We added a bunch of old and new country, some pop and some rock.  It’s so much fun!  We have the best friends and fans that come out and just let it rip with us.

I still love music and performing after all of these years and I plan to keep it up until I fall over dead.  Being on stage is the one place I feel the most comfortable and I feel like I can be me.  When I sing I feel like I’m breathing out fire sometimes, like the songs are changing the world, the room and the people around me.  When I go out and just listen to my band I’m taken back, in shock over the talent they have.  I feel like they themselves are creating fire, spiritual fire and lighting up the world with their music.  I’m so proud of them and they are my best friends.